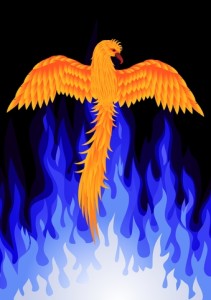 The story of the Phoenix rising has been told throughout the ages. The Egyptians called the bird the Phoenix and believed that every 500 years the Phoenix bird renewed his quest for his true self. Knowing that a new way could only be found with the death of his worn-out habits, defenses and beliefs, the Phoenix built a pyre of cinnamon and myrrh, sat in the flames and burned to death. Then he rose from the ashes as a new being—a strange amalgam of who he had been before and who he had become. A new bird, yet ever more himself; changed, and at the same time, the eternal Phoenix.

You too can become like the Phoenix.  Spring is a time for rebirth and growth. What steps can you take in your rebirth? If you are having difficulty determining what they are contact Path Seekers Life coaching for a free consultation.